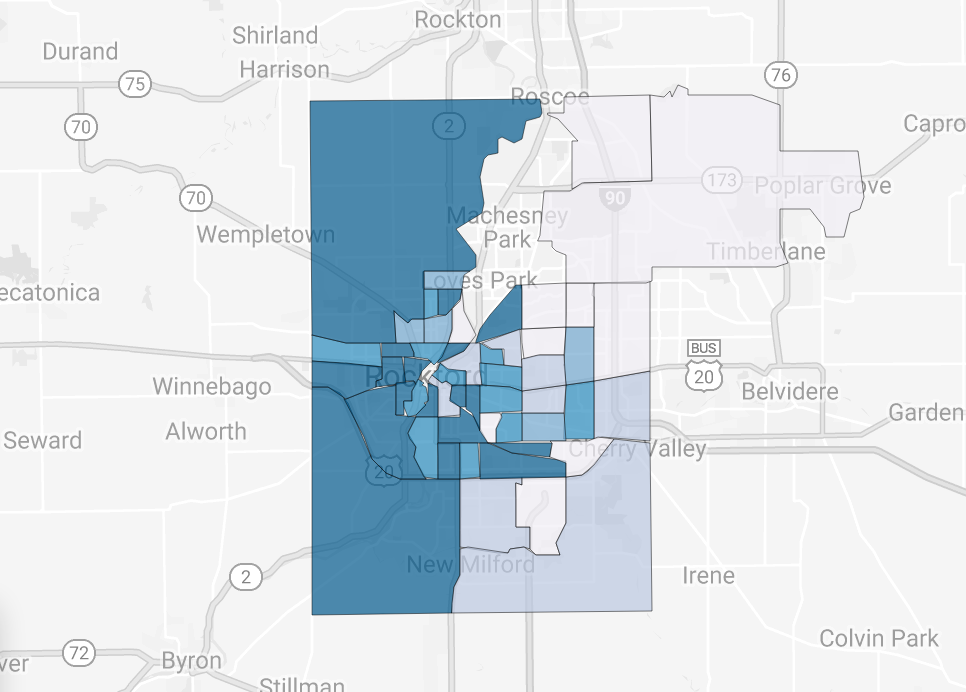 When the community set on a journey to transform Rockford in 2013, residents joined in a call-to-action for improving the living and working conditions in our region. In October 2017, the community established a partnership with Tamarack Institute, an internationally recognized program that develops and supports strategies that engage local people to solve major issues in their own community. Thanks to the Collective Impact Support team, led by Northern Illinois Center for Non-Profit Excellence, and the support of several local businesses and foundations, Tamarack hosted a workshop to help the community identify a significant complex social issue in the area to solve and agreed to align around 3rd-grade literacy as a keystone outcome for student success. However, 3rd-grade literacy was only one aspect of a much bigger picture. More information on child development was needed in order to identify the best supports and resources that will help prepare children to enter school.

Written by the EDI Champions of Rockford

The Rockford Pilot Team (Pilot Team) for the EDI project, which consists of members from the community, met several times over the course of a six-month period to determine how we could best organize, communicate, and present data to our community in a way that could be easily referenced, understood, and discussed. Part of this process included identifying neighborhood names.

Once children were geocoded to the map, the Pilot Team was then able to determine if preliminary neighborhood boundaries in each area met the minimum threshold of at least 10 students. In some neighborhoods, it made sense to combine two census tracts. Alternatively, in areas of the city that are growing with residents, the decision was made to suppress the data so that changes in those census tracts can be tracked over time in the future.

To download a PDF of the metadata document for the City of Rockford's EDI implementation during the 2018-2019 school year, click here.